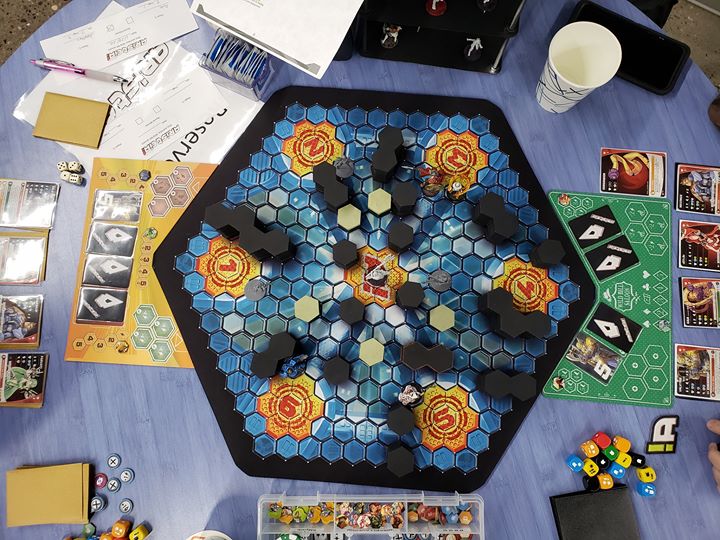 Come play Aristeia! Bring your own team choose scenarios and battle for victory points and frags. We have a store copy available for new players to play as well. The community members have been amazing and would love to teach new players the rules and strategies. Event is free.

If you think you would be interested drop on by or give us a message. 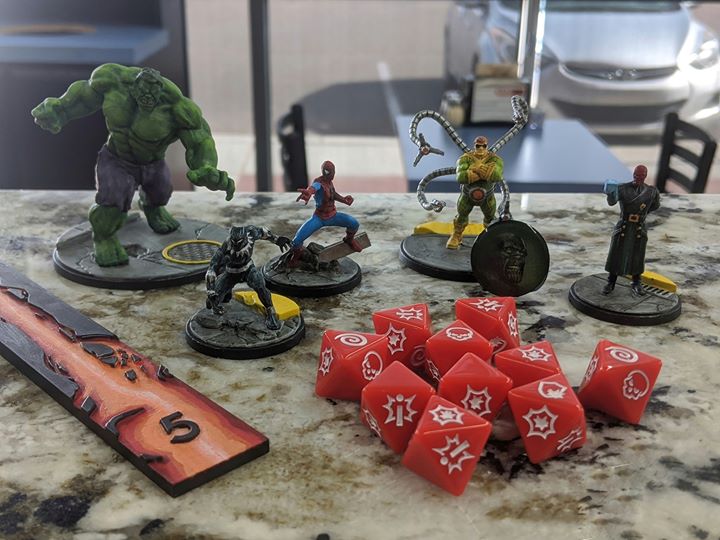 Continuing to have some awesome plays of this game, and now some new characters have been added to the list (Shuri, Okoye, and Venom are now available). These have been an awesome mix of new and experienced players. The store has ordered more terrain, so we should be able to support more concurrent games if necessary.

This week will be having another awesome night. Come in and learn the game if you are new or have an epic showdown with other players. You can bring in your own sets, or we have a store copy available to use as well. 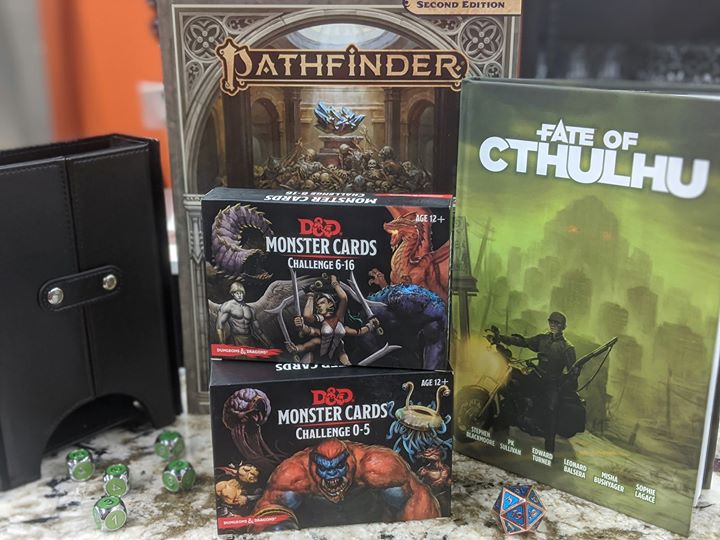 RPG Monday’s continue to be a fantastic night for new and old players alike. Dungeons & Dragons and other systems rotating every week. Check the details of each event as the systems and GMs change weekly. If you would like to run a game send us a message (perks include free meal and store credit).

Have your own group? Come in and play.

The event is free to play, however we do recommend you tip the GMs if you have a great experience. Order a pizza and a drink and have fun.

JOHNATHAN HOWLSTROM
D&D 5E: Start Time 6:00PM: Module: Dragon of Icespire Peak-The mining town of Phandalin has begun to rebuild after an orc horde destroyed it centuries ago. They are in need of strong adventurers to help safeguard the town during this period of growth, especially if the rumors of a dragon moving into the nearby Sword Mountains are to be believed. Beginner-casual players. Players can bring their own character sheets or pregenerated ones are available: Max of 5 players

LUCKY MILLER
Deadlands (Classic): Start Time 6:00PM: The Black Jack Blues; Jack Beauregard (Black Jack), is a notorious outlaw from Texas who all but vanished for 20 years. Soon after the American Civil War, rumors have spread of Black Jack’s return. Rumor or not someone is causing trouble in Utah and it’s up to the posse to figure it out. This is a home brew campaign, it is roleplay heavy with a fairly fast paced combat. The system is different but easy to learn. Deadlands is also known as “Weird West”, it is set in the American Old West and has monsters, magic, and steampunk aspects. Pre-made characters are available but character creation is also allowed. Great for both new and experienced players. Max 6 Players.

NICK HOPKINS
Star Wars FFG: Start Time 6:00PM: “The Galaxy rang with rejoicing after the Death Star was destroyed at the Battle of Yavin. But the celebrations were short lived. The Empire, always able to dismiss the Rebellion as a ramshackle outfit, is now unwilling to look away. Even in the Outer Rim things are tense as the shadow of the Empire, always a distant threat, now falls literally over settlements and planets as it tries to extend its hold outward. Searching. But for what? Come help find the answer! The Galaxy needs you more than ever!” New and experience players welcome! Don’t have a character? Pre-generated characters will be ready at the table! Max 6 Players

RAY MAESTAS
D&D 5E: Start Time 6:00PM: Module: Death Incarnated- A home-brewed adventure with milestone based exp. “Defected from his monastery, a man has begun to destroy random villages. You are one of the survivors trying to stop him.” This group is recommended for beginner and casual players. Max 6 players.

SCOTT MCMILLIAN
D&D 5E (RAW) for beginners: Start Time 6:00PM: Module: “The Sunless Citadel”, a low level scenario published as part of “Tales from the Yawning Portal.” We can help build your character at the start of the session or bring your own character (up to 3rd level). Max 6 players.

We are teaming up with WizKids to put together a great paint night for you to enjoy. We will have tables set up as well as paints to use here in store. As a bonus. we will have a limited number of owlbear figures for free, so please get here on time if you are interested. We will also have other miniatures available as well if owlbears run out.

On top of that, you will be able to enter into a prize giveaway showing off your pictures and video.

More details can be seen here: 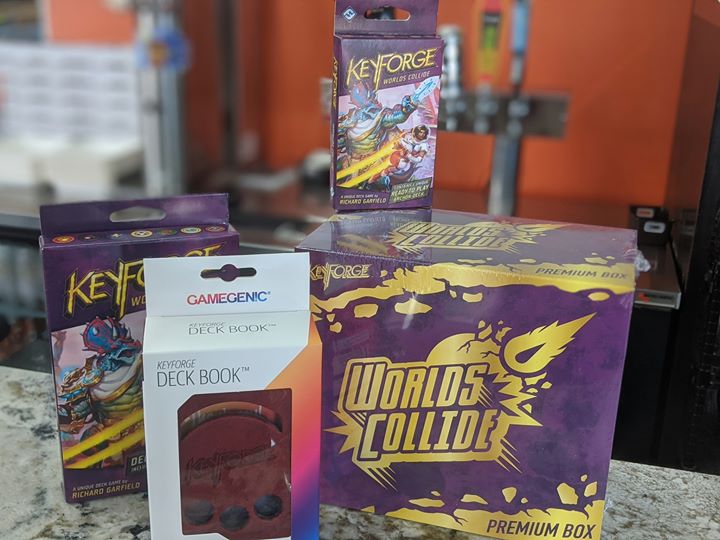 Slice and Dice is trying a new format for this week’s event. We will be doing a 2-deck Sealed Survival tournament using World’s Collide decks. Each player enters the tournament with 2 decks. The decks are ranked in an order of the player’s choosing before the first round. Each player must start with their first deck. Whenever a player loses a round, the deck they played with is “out” and cannot be used for the remainder of the tournament. When a player no longer has decks remaining, they are eliminated from the tournament.

Entry for the event is $10 and comes with 2 decks and a set of tokens if the player is new and needs tokens. Number of rounds depend on number of players. Prizes will include playmats to top players as well as players for the top named deck (voted on by the players). We will also have the Month 2 prizes for the Dis themed tokens.