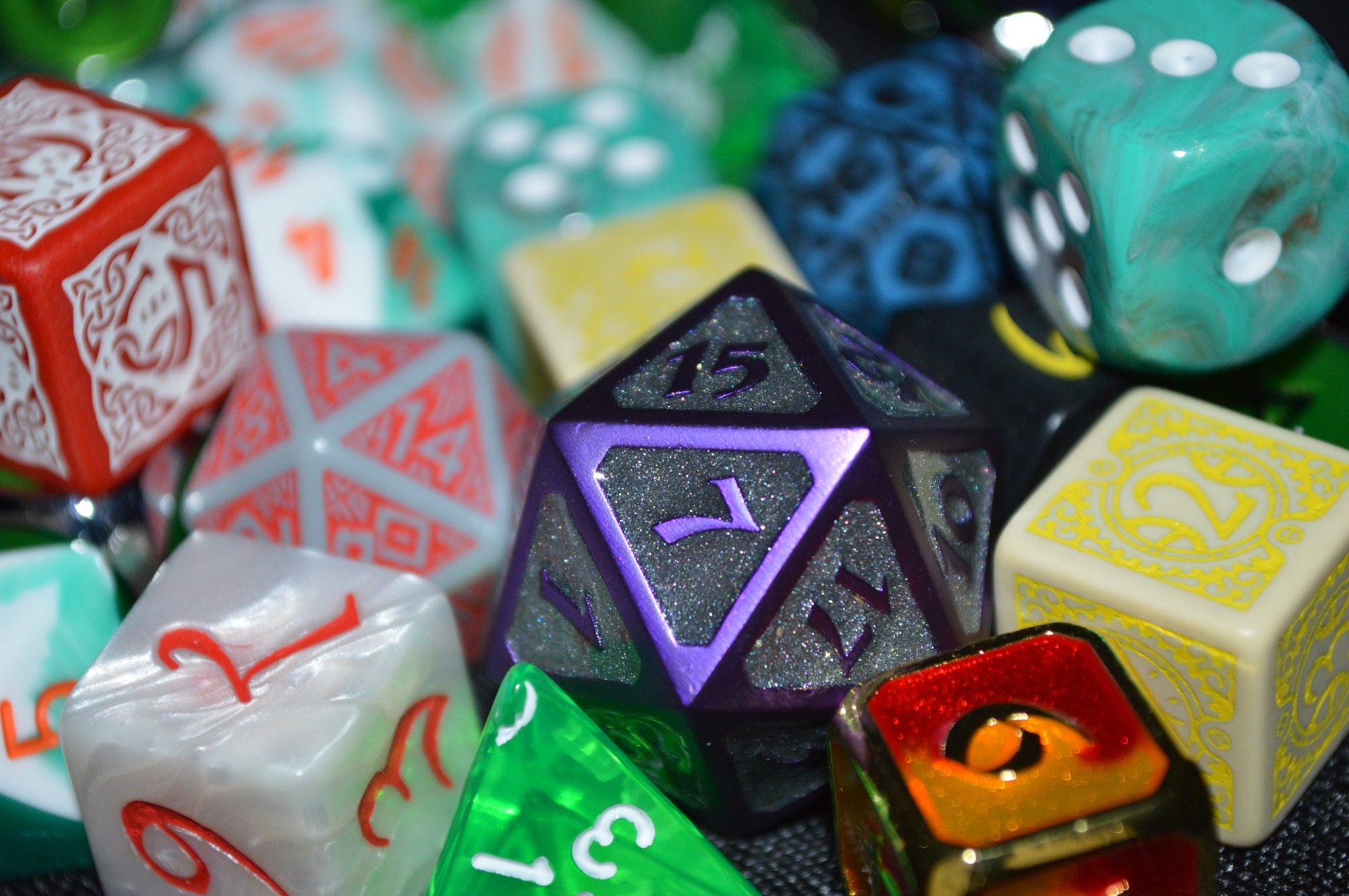 RPG Mondays!
Come in and talk to the folks running a table and join in on the one you think is most interesting. We have D&D, OVA, Genesys, and more. Per state mandate, all attendees must wear a mask when not actively eating and drinking.

Know someone who wants to run a game? Please email (vic@sliceanddicepizzeria.com) or message us to get the details.

Event/Table Details:
These details are updated frequently, so check back often.

Matt M-System: Coriolis
Details: A science-fiction RPG set in a remote cluster of star systems called The Third Horizon, a place ravaged by conflicts and war, but also home to proud civilizations, both new and old.
Max Players: 6

Nick H.-System: OVA
Details: It has been 2 years since the Blackout, and we are orphan children that have been trained by the mysterious Twist to fight the growing supernatural presence. Set in a cyberpunk dystopia future, we operate between the fabric of society, unknown and alone.
Max 5 players.

Noah T.-System: Star Wars D6 (WEG)
Details: Crisis on Cloud City-Adventure into the cloud city with your group of rebels/bounty hunters as you escort a professor who designed the victory class star destroyer to his old friend in search of a new prototype droid. Will you be able to find this droid and uncover the dark secrets and the mystery that lay in the city in the sky?
Max Players: 6

Sean S.-System: Genesys
Details: TooNoir-1947 Los Angeles; Solve a murder mystery as either a cartoon or a human in the vein of Who Framed Roger Rabbit and classic Noir films.
Max 5 players.

Kevin M. – System: Star Wars
Details: The final night to participate in this RPG based in a galaxy far, far away.